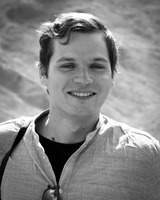 2011-2015
Ph.D. Student at University of Aberdeen, Department of Anthropology. Thesis: "Across the Khunjerab Pass: A Rhizomatic Ethnography Along the Karakoram Highway, between Xinjiang (China) and Pakistan"

2011 Research Project Award under "Religion and Politics in the Contemporary World", The College of Arts and Social Sciences Graduate School, University of Aberdeen (36 months).

June 2014
"Fragments of the state: a rhizomatic ethnography of the Karakoram Highway between China and Pakistan", presented at the *Association of Social Anthropologists of the UK and Commonwealth Decennial Conference*, 19-22 June 2014, Edinburgh.

March 2014
"Anthropology of Roads, Ethnography of the State(s): A Study of the Karakoram Highway between Xinjiang (China) and Pakistan", presented at the workshop *Transregional Crossroads of Social Interaction: The Shifting Meaning of Regional Belonging in South and Central Asia*, 21 March 2014, Berlin.

February 2013
"Subjectivity, Diaspora and the State: Traders and Goods on the Karakoram Highway", presented at the workshop *Roads, Culture and History: Inter-disciplinary Crossroads*, 2 February 2013, London.

June 2012
"Trade, Diaspora and the State on the Karakoram Highway: The Case of the Uyghurs of Pakistan", Toyo Bunko (The Oriental Library), Tokyo, 23 June 2012.