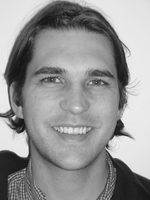 Research project “Dichotomous Sovereignty – Cultures of Remembrance, Historiography and Nation-Building in South Asia”, hosted by the Center for Advanced Studies, Munich, funded by the University Society of Munich, and supported by the Department of Social and Cultural Anthropology.

October 2015
Frobenius Society's Research Award for the Doctoral Thesis   “Mini-India: The Politics of Migration and Subalternity in the Andaman Islands“ (pdf, 73 KB)

July 2015
Dissertation prize of the Faculty for the Study of Culture, LMU Munich

June 2013
Organization of the international conference “Manifestations of History in the Andaman Islands“ (Funding: DFG and LMU) 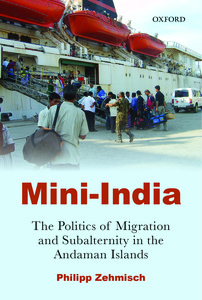 By Philipp Zehmisch
Often called 'Mini-India', the Andaman Islands have been a crucial site of encounter between different regimes, subjects, castes, creeds, languages, and ethnicities. Since 1858, subaltern convicts, refugees, repatriates, and labourers from South and South East Asia have moved to the islands, condemned to, or in search of a new life. While some migrants have achieved social mobility, others have remained disenfranchised and marginalised.
This ethnographic study of the Andaman settler society analyses various shades of inequality that arise from migrant communities’ material and representational access to the state. The author employs the concept of subalternity to investigate political negotiations of island history, collective identity, ecological sustainability, and resource access. Interpreting characteristic views, practices, and voices of subaltern interlocutors, the author untangles their collective agency and consciousness in migration, settlement, and place-making processes. Further, the book highlights particular subaltern strategies in order to achieve autonomy and peaceful cohabitation through movement, cultural and social appropriation, and multi-layered methods of resistance.

By Frank Heidemann & Philipp Zehmisch
This volume highlights the significant, yet underestimated, place of the Andaman and Nicobar Islands in socio-cultural and historical studies of the Indian Ocean region. British penal colonialism, the Japanese occupation during the Second World War as well as the post-Independence migration of Partition refugees, repatriates and migrants from all over South Asia left a deep imprint on local society. These features render the islands an ideal sociological showcase for the study of historical manifestations. Multiple castes, classes, communities, religions, and languages reflect the social complexity of South Asia and reveal entanglements between the British Empire, the Indian nation-state, and destination countries of South Asian overseas migration. Effectively, this volume contributes to interdisciplinary theorizing by bringing together research rooted in historical theory and scholarship stemming from ethnographic observation as well as macro-level studies of South Asian nation-states and micro-level studies of local communities in vivid and meaningful dialogue with each other. Challenging the analytical usefulness of Euro- centric perceptions of time-structured historical models as the only valid means of explaining the present, it explores alternative analytical avenues opened by a space-bound concept of history.