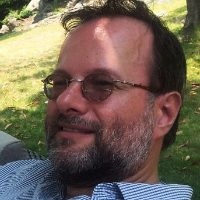 The first Japanese garments showing modern war motives (e.g. tanks, airplanes, battleships) but having traditional forms appeared after the 1894/95 Chinese-Japanese war. Most of the preserved pieces were produced between 1930 and 1942. The textiles – today often called war kimonos – were mostly mass produced, but after WWII disappeared completely from public view.

Main focus of the project are the meanings associated by the original owners and their contemporaries with those garments. To this purpose both the art historical and political context of the kimonos will be researched and connectivities to other objects of everyday use and media of this time will be investigated using an interdisciplinary approach combining (art) history and (visual) anthropology. The object analysis will be guided by the following questions:

Another aspect of the research is the representation of those textiles in contemporary exhibitions both in anthropological and art museums.