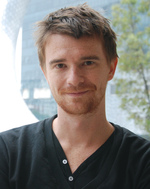 Fellow employee in the DFG-Project “The Ikojts and the Wind. Indigenous Perspectives on Renewable Energies in Mexico”, funded by the DFG DU 209/ 21-1 (2016-2018), directed by Prof. Dr. Eveline Dürr

The study contributes empirically and theoretically to a newer research field in social anthropology, that investigates indigenous perspectives on “renewable energy” and “wind”. The project aims to make visible the dynamic indigenous conceptualisations of the natural phenomena and their transformation to renewable energy. Furthermore it examines ontologically grounded conceptualisations of their character and composition. Thereby, it opens a new perspective on the conflicts within resource use and the correlation of Weltanschauungen, nature and renewable energy. The projects examines the ontological assumptions and world-view-specific references, that lie on the ground of these perceptions. At the same time, multiple ontologies are recognised as equal, and “modernity” as “right” and “obligatory” is questioned.