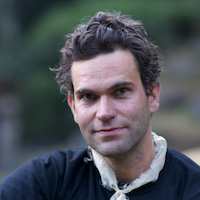 "Remoteness & Connectivity: Highland Asia in the World” funded by an ERC Starting Grant (2015-2020). With Alessandro Rippa and Carolin Maertens.

2013-2015 Marie Curie Fellow at the Institute of Social and Cultural Anthropology, Ludwig Maximilian University of Munich

2010–2012 Postdoctoral Associate in the School of Anthropology, University of Oxford

2006–2010 Doctoral studies on a Clarendon scholarship at the University of Oxford, Institute of Social & Cultural Anthropology, under the supervision of Charles Ramble and Elisabeth Hsu. Thesis: Manufacturing Tibetan Medicine. The Creation of an Industry and the Moral Economy of Tibetanness, assessed by Marcus Banks and Mona Schrempf.

2007–2008 Field research on the industrialisation of Tibetan medicine in the People’s Republic of China and transnational trade in medicinal plants.

2005–2006 Lecturer for Visual Anthropology at the University of Zurich, assistant to Prof. M. Oppitz. Responsibilities: teaching an introductory course in visual anthropology and a seminar on making ethnographic films, supervising student film projects, contributing to the exhibition "Trommeln der Schamanen" (2007-2008).

2003 Field research in Buryatia on the history of Tibetan medicine in Russia.

1994–1995 Theatre studies at the University of Bern, Switzerland.

2015 ERC-Starting Grant, Project Remoteness and Connectivity: Highland Asia in the World, 5 years of funding for a team of 4 people, starting in May 2015.

2008 Recipient of Zurich University’s research funding (tenable for last phase of research and writing up 2009 - 2010).

2007 SASS Language Training Grant for the study of Tibetan at Tibet University in Lhasa; Society for South Asian Studies (UK).

since 2012 The Other Image – Visual Ethnography: www.theotherimage.com

Jan 2015 "Remoteness and Connectivity in the Himalayas", International Guest Lecture at the Austrian Academy of Sciences, Institute of Social Anthropology, Vienna, 29 January 2015.

May 2014 "The Role of Commerce in Himalayan Frontier Communities: Preliminary Reflections on the Nexus of Remoteness and Connectivity”, presented at the conference "Commerce And Communities: Social Status and the Exchange of Goods in Tibetan Societies”, Bonn 5–6 May 2014.

Dec 2013 "Anthropology's Peripheries – cosmopolitans, pathways, and the second life of development at the edge of disciplines and nation-states", Department of Social Anthropology, University of Stockholm, 9 December.

Oct 2012 “In and out of Walung: The History of a Himalayan Pathway in Eastern Nepal”, Connections, Corridors, and Communities: 3rd Conference of the Asian Borderland Research Network, 11–13 October, Singapore.

Aug 2012 “‘Once We Were in the Centre’: Trade and the Aftermath of Development in Humla, Nepal”, paper presented at the Berkeley Summer Research Institute, Institute of East Asian Studies, University of California, Berkeley

May 2012 “Neighbouring China in Northern Nepal”, School of Anthropology and Musuem Ethnology, University of Oxford, 25 May 2012.

2014 Panel convenor (together with Kabir Heimsath): "What is a Connection? Pathways and Intersections in Highland Asia" at the 4th Conference of the Asian Borderlands Research Network Activated Borders – Re-openings, Ruptures and Relationships, 8–10 December 2014, Hong Kong.